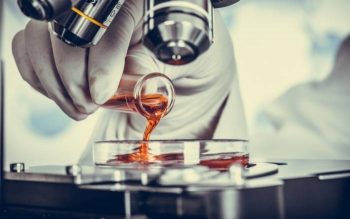 22nd Century Group, Inc. (NYSEMKT:XXII) A new kind of sin stock topping the charts. New York-based 22nd Century Group, Inc (NYSEMKT:XXII) may technically be a plant biotechnology company, but the company’s fortunes are based on two products – tobacco and cannabis – with huge market potential already present. While XXII may be making a lot of headlines now with its Very Low Nicotine (VLN) cigarettes, it’s safe to say that the real future of the company is based on the exponential explosion in demand for products derived from cannabis.

Shares of XXII are currently trading at $1.71, giving the company a total market capitalization of $174.59 million. Over the most recent 52-week period, shares have traded as low as $0.77 and as high as $1.72. On a YTD basis, shares are up 55.96%. Over just the most recent 5-day period, shares have spiked 24.09%. Clearly, there’s a lot of momentum behind this stock, most of it driven by all the recent attention the company is generating about its R&D activities.

As a biotech company, XXII is engaged in developing technology to both increase and decrease the level of nicotine found in tobacco plants. One goal of the company is working with world health organizations and clinical researchers to create less harmful, modified forms of tobacco products. And the centerpiece of that goal involves different initiatives to create VLN cigarettes.

Subscribe below and we’ll keep you on top of what’s happening before $XXII stock makes its next move.

A perusal of the company’s recent press releases gives you an idea of the direction the company is headed. There has been a whirlwind of press releases in May and June. For example, the company touted a recent order for 2.4 million SPECTRUM research cigarettes by the U.S. government. These research cigarettes developed by XXII are an important tool for clinical researchers, enabling them to test for nicotine addiction and regulate the level of nicotine delivered to research subjects.

To support the overall story that XXII is helping to solve the world’s cigarette addiction problem, XXII also touted the fact that there has been a recent explosion of interest by clinical researchers in VLN cigarettes. There are now 25 VLN-related clinical trials taking place in the U.S. – and that’s almost three times the number that took place over the preceding decade. Those trials are backed by the likes of the National Institutes of Health (NIH), U.S. FDA, National Institute on Drug Abuse (NIDA) and the National Cancer Institute (NCI). So, obviously, a lot of big names are involved here, and it’s all backed by the U.S. government.

And the company has a whole R&D pipeline of new products on the way. Yes, the company still manufactures and distributes RED SUN and MAGIC cigarettes, but now the company is coming up with new kinds of VLN cigarettes. The key product to keep an eye on here is X-22, a VLN cigarette that the company describes as a smoking cessation aid. On June 6, the company announced a new non-GMO, very low nicotine tobacco being developed in collaboration with North Carolina State. Even though the product involves a bit of genetic engineering magic, the company has found a way to avoid having the product labeled as “genetically modified.” That, presumably, will boost sales as consumers are lulled into a potentially false sense of confidence by all the “Non-GMO” labels.

But here’s where things get interesting – it now appears that XXII is going to leverage all of its plant biotech R&D to get involved with the cannabis industry. Just as the company can develop technology to change the amount of nicotine in tobacco, it can also develop technology to change the level of cannabinoids in cannabis. The goal here, presumably, is to genetically engineer cannabis plants with high levels of cannabidiol (CBD).

So you can see that XXII really is a different kind of “sin stock.” It’s not selling regular cigarettes – it’s selling Very Low Nicotine (VLN) cigarettes. And it’s not just selling to consumers – it’s also selling directly to the U.S. government, which is using them for clinical research trials. At the same time, the company is paving the way for new genetically engineered strains of cannabis that can be used in all kinds of new cannabis products that have been legalized in different U.S. states, including Colorado and California. That might unlock a lot more investor demand for XXII. For more news on 22nd Century Group, Inc. (NYSEMKT: XXII) and other fast-moving penny stocks, please subscribe to OracleDispatch.com below.